I’ve written about tripods on this blog before, but only in the general sense of enumerating the basic advantages of using one. In this post, I’m going to discuss some of the considerations that you might want to keep in mind when choosing a particular tripod. I’m not going to recommend specific makes or models; there are literally hundreds of options available for purchase. Rather, I’ll focus on specific feature sets that are worth prioritizing.

Remember what the main, substantive point of a tripod is—stability. Therefore, it’s important to get a tripod that’s capable of supporting the heaviest head/camera/lens combination that you’ll want to place on top of it. Tripods are “rated” for certain payloads. In my experience, you don’t want to be anywhere near the listed weight support. So, if the tripod in question allegedly supports, say, 15 pounds, I wouldn’t want to put even 10 pounds on it. My general rule of thumb is to make sure that the tripod specifications claim a payload support at least double the total of the highest payload I plan to use with the tripod. Remember to include the weight of whatever head you plan to put on the tripod itself. (There are some tripods that come with a dedicated head, but I generally don’t recommend using these models as they have limited flexibility.)

Unless you plan to use the tripod exclusively indoors, be certain that the tripod you purchase allows you to independently adjust each of the three legs. There are a good many low end tripods that don’t allow for this; avoid them like the plague if you plan to shoot outdoors on uneven ground.

While it’s critical to be certain that the tripod supports your payload, depending on your planned usage the weight and size of the tripod itself may be an issue. For instance, if your focus is travel photography you’ll almost certainly want to keep the length and weight of the tripod as low as possible, for two principal reasons: the first is the importance of having something very light and easy to carry when you’re constantly on the move; the second is the rather strict limits on luggage put in place by many airlines. Not incidentally, many of the same considerations apply if you plan to do any overnight backpacking with your gear. In such circumstances, every pound (and inch) saved is important. 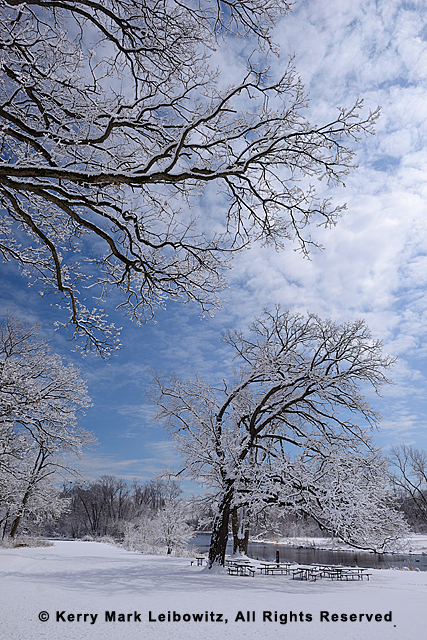 Also on the subject of size/weight, you’ll want to consider the materials that make up the tripod itself. Generally speaking, the choices are aluminum or carbon fiber. Both are quite sturdy when properly manufactured, but carbon fiber tripods are significantly lighter, all things being equal, than aluminum tripods. On the other hand—again, all other things equal—comparably designed aluminum models are almost always less expensive than their carbon fiber equivalents. Whether the extra money is worth the lower weight is something you’ll have to determine for yourself based on your budget and shooting proclivities.

You’ll also want to be sure that the tripod you obtain is adequate in terms of extended height. Generally speaking, you want to be sure that the unit extends high enough for you to use it at its tallest point without extending the unit’s center column, assuming it has one. Doing so will ensure that you can utilize the tripod in relative comfort in the field. The part about the center column is critical. One of the biggest mistakes I see many less experienced photographers make when in the field is extending the center column on their tripods when they don’t have to do so. Doing so effectively turns your tripod into a monopod, which means that your rig is far less stable than is the case when the center column isn’t extended. Mark my words—do not extend the center column unless it’s absolutely necessary for you to do so to reach a certain height.

As important as it is to be certain that your tripod extends high enough, it’s just as important that it can be set up as low as you need it to go. This is a particularly relevant consideration if you’re into macro photography and need to get close to ground level to photograph things like flowers, but it can come in very handy to get low for certain other purposes, including (but not limited to) wildlife and landscape photography. Some tripods can be set up considerably lower than others, so be sure to check the specifications on this.

Some tripod models are available in either three- or four-leg section units. The former are usually a little bit more stable (because the bottom leg section of a four is typically thinner and, thus, less sturdy, than a three), but the latter can typically be collapsed into a significantly smaller package. Again, you’ll have to weigh the pros and cons based on what’s most important to you.

Ultimately, you want to get a tripod that you’ll actually utilize. I know of many photo enthusiasts who own multiple sets of tripod legs, with each model designed to fill a specific need. Many other people have only one unit, intended to cover a broad set of purposes. Regardless, if you’re not going to carry the tripod with you and actually use it in the field, it’s a bad investment. Think carefully about the circumstances in which you normally shoot and make your purchase accordingly, because—like the best camera—the best tripod is the one you’ll actually use.

Okay, let’s talk about something that most people who photograph would like to do without—the tripod. Let’s face it, tripods are expensive (at least good ones are), bulky, heavy, inconvenient and, generally speaking, a pain in the behind. And yet…I wouldn’t be caught out in the field without one—ever. In the more than two years that I’ve been guest blogging here on 1001 Scribbles, I’ve posted a few hundred accompanying photographs and I can tell you without equivocation that not one of them was rendered handheld. Not one. The same is true of the images that have appeared on my own blog. 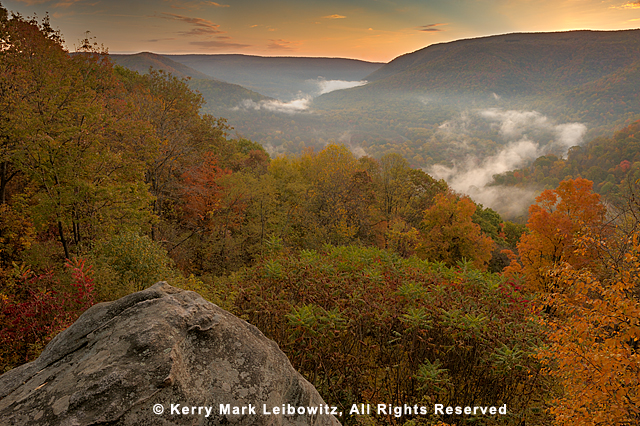 So, I’ve established my credentials as a tripod acolyte. The obvious question is: why? Why do I insist on using a tripod in light of all the negative points I’ve made about this most inconvenient of photographic tools?

Let me first note that a tripod is not an asset for all forms of photography. It can, in fact, be a true impediment. If you’re into street photography, for instance, it’s just about the last thing you want with you. Most sports photographers also find tripods to be far too inflexible to utilize. (Depending on the sport, and the venue, many use monopods instead.)

But when it comes to the photographic genres I engage in—landscapes with a touch of close-up work tossed in—a good tripod is not only helpful, I’d go so far as to say that they’re very nearly a necessity. 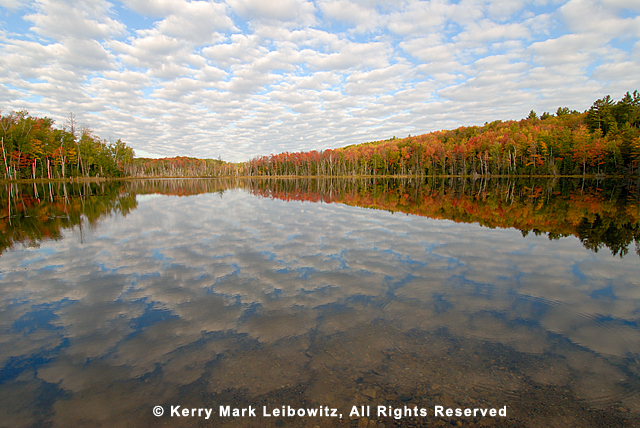 So what will a tripod do for you? There are, in my opinion, two primary benefits, one concrete and the other largely intangible. The concrete benefit involves all the technical advantages one accrues from shooting from a stable platform. Added sharpness, across the board is one. This benefit comes regardless of shutter speed, but is especially noteworthy the longer the shutter is open. Beyond about 1/15 second, even with stabilized equipment, the sharpness advantages of using a tripod are undeniable, regardless of focal length. Additionally, if you want to render one part of an image sharp while allowing other parts to go soft with a slower shutter speed—silky moving water, for instance, with rocks or other features remaining sharp—there’s no real alternative to using a tripod.  And with the benefit of an anchored platform, the ability to combine exposures–as part of manual blending, HDR work or focus stacking–is a far more viable option than when hand holding the camera.

The intangible advantages of tripod use are arguably even more important: a tripod forces you to slow down in the field. The vast, vast majority of the time, this is a good thing. By requiring you to work at something other than a point-and-click pace, you’ll find yourself taking greater care with everything you do—from deciding what shot to take in the first place (hey, it’s got to be worth it if it means setting up the tripod first) to metering to fine-tuning the composition. More indirectly, the slower pace will also almost certainly put you more in tune with the place you’re shooting and the process by which you’re rendering it. 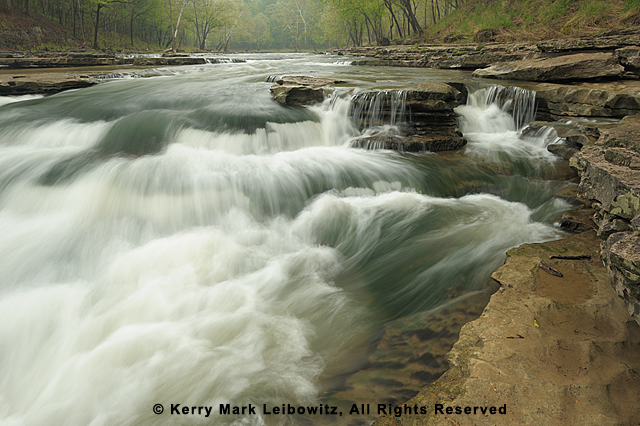 The caveat about certain types of photography notwithstanding, I can all but guarantee you that your “keeper ratio” will increase—perhaps astronomically—as you transition to using a tripod regularly. Some of that will be technical, some of it will be indirect, but regardless of the specific cause, the end result will be images with which you’ll be more pleased. And isn’t that the goal of every photographer?