A few springs ago, I spent an early evening photographing scenes of fringed phacelia (much like the image below) carpeting mountainsides in Great Smoky Mountains National Park. At the end of the day, I was driving back to town along the narrow, winding Newfound Gap Road, when I caught a glimpse of something out of the corner of my eye that made me stop the car at the next pullout and run back up the road to take a closer look. 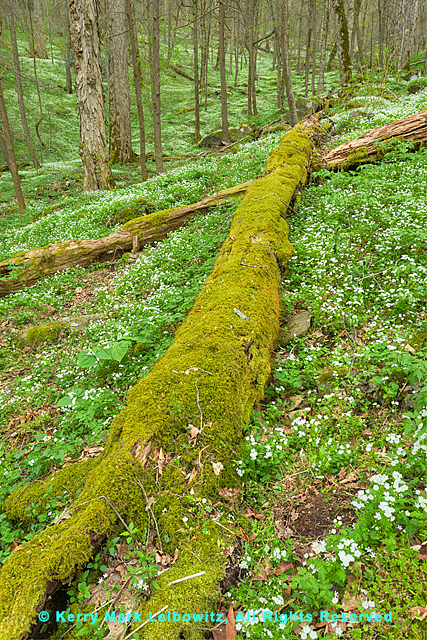 What I had seen was a tree, in early spring bloom, backlit by the setting sun, its tiny leaves lighting up like a series of little jewels against a background mountainside in dark shadow. I ran back down to the car, grabbed my equipment, ran back up the road and ultimately made the image—which has become one of my favorites over the years—that you see immediately below.

The experience stands out for me precisely because of how unusual it was. It wasn’t the first time that I had inadvertently stumbled across the elements that make for a special image, nor would it be the last, but this sort of occurrence definitely has been the exception to the rule. Serendipitous discoveries such as this can and will happen—just not very often. The vast, vast majority of images that I regard as my best came as the result of careful scouting of locations where I determined that I had the best opportunity to be present when a series of elements might come together to produce something special.

This is what is known as giving yourself a chance to be lucky. By taking the time to do some research and scouting locations in advance you’re providing yourself the best opportunity to take advantage of the situation when the moment pops up—rather than scrambling around wildly in rapidly changing conditions. 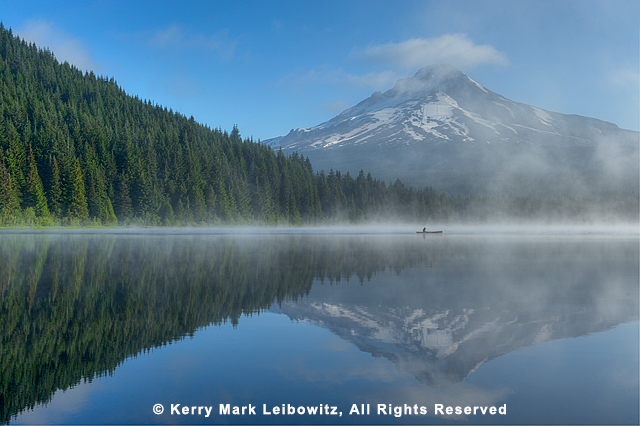 This image took place on my third visit (in three days) to Trillium Lake, in the Mt. Hood National Forest. I had the opportunity to look over a copious amount of shoreline to determine the most pleasing composition that would include the mountain, the tree-lined slope to the left and the reflection of both. The scouting experience also gave me good reason to believe that mist off the lake in the morning was highly likely. (The boat, admittedly, was little more than dumb luck.)

I scouted this area of thickly growing bluebells for four consecutive springs before finally obtaining the conditions I needed, in terms of lighting, lack of wind, prime specimens and timing of peak bloom. Everything finally came together for me one day last year. (I’ve already checked the same location this spring and, presumably due to a harsh winter, I don’t expect this year to yield anything approaching what you see here. 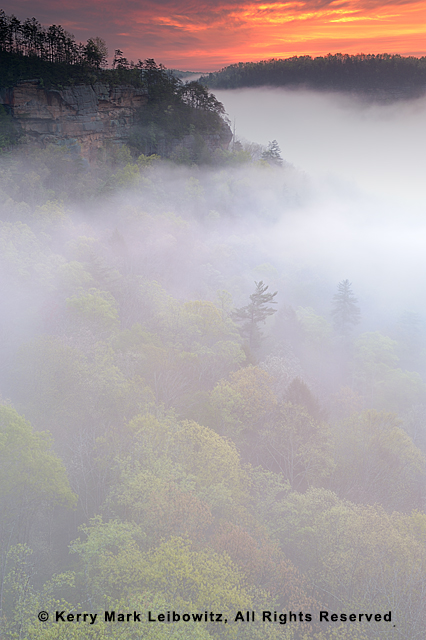 I scouted this location in the Daniel Boone National Forest the day before I found the conditions that you see here. I’d already discovered what I considered to be the prime spot (perched on a rocky outcropping a couple of hundred feet away from the “official” overlook, roughly 500 feet above Swift Creek). Given the time of the year and my review of the weather forecast, I had good reason to believe that there would be copious low-hanging valley fog that morning, and at least the chance for a good sunrise sky. Had I shown up at this spot without an advance scouting session, I never would have been able to produce this image.

THE MORAL OF THE STORY

While I’ve relied upon landscape examples—because that’s virtually all I do—the principle of scouting applies to all forms of outdoor photography, including genres that ostensibly seem entirely spontaneous—such as wildlife or avian photography. Scouting spots in advance will provide useful information about where certain subjects congregate and how they’re likely to behave, which will give you an idea of what to look for and where to look for it so you can be ready when that once in a lifetime moment occurs. The principle holds for other forms of seemingly “unscripted” genres, such as street photography. You can’t necessarily predict a specific shot, but some careful scouting can give you a better sense of where and when the best action is most likely to take place, allowing you to be at the ready.

Great shots rarely “just happen.” By taking the time and making the effort to scout, you’ll greatly up your “keeper” quotient.

One of the things that distinguishes the landscape genre from many—though by no means all—other forms of photography is the frequent ability to plan out your shots.  It doesn’t always work this way, but it frequently does.  Contrast that with, for instance, just about any form of action photography, where the best you can usually do is put yourself in a position where shots are likely to be had; you can’t, however, truly plan a shot very often.

Just because landscape photography is well-suited for planning doesn’t mean that all practitioners of the discipline do so; many, in fact, do not.  Many people who engage in landscape photography essentially just show up at places with which they have little familiarity and essentially take what they find when they get there before moving on to another location.  This isn’t the most efficient method to obtaining good photographs.

Whenever I go on a photo trip, I always attempt to build in enough time on the itinerary to do a significant amount of scouting, giving me the opportunity to discern what locations hold the most promise and identify what the optimum lighting conditions for the location will be.  This allows me to separate the wheat from the chaff, so to speak, to pick the best spots.  It also allows me to visit these “best spots” more than once, and on the second visit I can leverage what I learned about the location on the first trip.

I understand that people like to spend their time taking pictures—particularly when they’re at a new and exciting location.  By comparison, scouting seems like a waste of time. 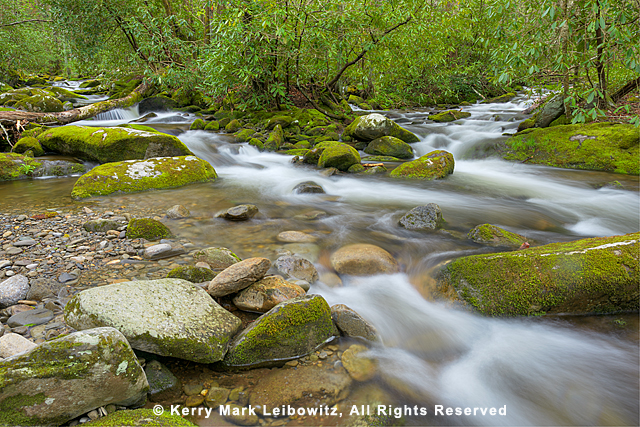 But it’s possible to have your cake and eat it too.  There’s plenty of time during most days when the quality of light is less than optimal for most outdoor photography and that’s a perfect opportunity for scouting. Do so and, when the light is good, you’ll know exactly where to go to best take advantage of it.

Every image that accompanies this entry was the result of a prior scouting expedition.  The next time you have the opportunity, put this technique to the test and see if your images don’t benefit from it.