: a figure of speech by which a part is put for the whole (as fifty sail for fifty ships), or the whole for a part (as society for high society)

I first ran across the rather arcane word “synecdoche” during a literary analysis course I took as an undergraduate at the University of Michigan.  A part for the whole and the whole for a part;  that’s the gist of the synecdoche idea.  What does this have to do with photography, you ask?  Good question.

When it comes to composition—probably my favorite photograph-related topic—one of the most common misconceptions held by novices is the need to always include all of something:  the entire tree, the entire waterfall, the entire building, and so forth.  Here’s a tip:  it’s not true.  It is not imperative to include all of an element to produce an effective composition.  In fact, it’s frequently a good idea not to include the entirety of a particular element.  In many instances, a part of an element stands for the whole.  Synecdoche.

A one-way discussion of compositional principles such as this can become quite esoteric, but bear with me for a moment.

A fairly good, basic guideline to follow when considering composition of a photograph is to ask yourself whether the shot would be more effective—i.e. whether it would better convey the message you’re trying to present—if you included less in the shot.  The answer will often be yes—not always, but quite frequently.  The reason for this is that visual messages are often best delivered when they’re simpler, and that usually means less stimulus material in the frame.  More material often means a more visually cluttered image and the more cluttered an image is visually, the more likely it is to be cluttered in terms of message conveyance.  Again, this is not always true, but it is much of the time.  Once more, the questions to ask yourself:  what am I trying to say?  Does this image, portrayed the way I have it, do that effectively?  Is there a way I could do so more effectively and, if so, how?

On a more direct level, including all of a certain element may simply introduce other elements that you may specifically want to omit.  For instance, including all of a tree may (depending on the circumstances) require including the sky in the image whereas limiting the portrayal to part of the shot may omit the sky.  Consider what including the sky in a shot might mean.  A shot with sky included usually implies less intimacy, for one thing.  And what of the nature of the sky itself?  Is it filled with interesting clouds and or colors?  Is it plain blue?  Or is it a gray, overcast sky?  What do each of those things do to the mood and, by extension, the message of your image?  Is it enhanced or suppressed (or neither)?  The answers to those questions, in the context of what you’re trying to convey, will give you an insight into the best compositional choices. 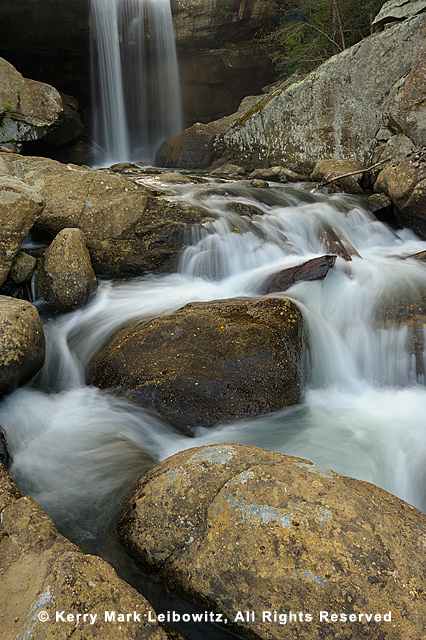 Something else worth noting—and here’s where we really probe the depths of the synecdoche principle—is that the viewer will often fill in whatever parts of an element you omit when you’re not showing the whole.  A waterfall, for example, displayed with less than the full range of the flow (the top omitted to leave out an uninteresting sky, perhaps?), will allow the viewer to complete the image himself/herself, which can infuse a tiny sense of mystery to the shot.

Sometimes the part of the whole that’s left out is represented by details…or, more precisely, the lack thereof.  Consider the silhouette.  In today’s age of high dynamic range imaging options, a silhouette isn’t a technical compromise; it’s an aesthetic choice.  If you want to display deep shadow detail, the means to do so exist.  But sometimes what’s not displayed speaks more effectively than what could be.

In the end, keep in mind your message and how best to visually convey it.  Sometimes, less is more.